While attending law school, Mr. Ianachi clerked in Judge Burton Conner’s chambers at the 4th District Court of Appeal. Additionally, Mr. Ianachi was a member of the NOVA’s Trial Association and represented his school in multiple nationwide mock trial competitions.

Prior to joining Kirwan & Spellacy, Mr. Ianachi began his career by fighting for the injured and representing them in bodily injury lawsuits.

Mr. Ianachi is fluent in English and Ukrainian and is proficient in Russian and Polish. 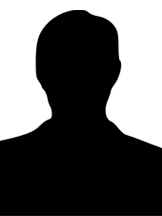